Depression (aka prolonged, extreme sadness) is said to be hereditary. People with a family history of depression are more prone to developing depression as well. Also if you have experienced depression before, you’re more prone to have more depression over the course of your lifetime and is said that neural pathways are altered in a depressed person. People say there people who are more prone to depression and see the world as ‘half-glass empty,’ which is I am guiltily related to this. Depressed people have usually deviant thinking from Pollyanas (the extremely optimistic protagonist of the novel of the same name) of the world. The question is, can depression be included in neurodiversity?

Depression – a state of low mood and aversion to activity that can affect a person’s thoughts, behavior, feelings and sense of well-being.[1][2][3] People with depressed mood can feel sad, anxious, empty, hopeless, helpless, worthless, guilty, irritable, ashamed or restless. They may lose interest in activities that were once pleasurable, experience loss of appetite or overeating, have problems concentrating, remembering details or making decisions, and may contemplate, attempt or commit suicide.[1] These are usually symptoms of a psychiatric condition called major depressive disorder.

Depression is caused by a deficiency in a neurotransmitter (brain chemical that works on brain and bodily functions) called serotonin. Serotonin is thought to be especially active in constricting smooth muscles, transmitting impulses between nerve cells, regulating cyclic body processes and contributing to wellbeing and happiness.[4][5]

Serotonin is regarded by some researchers as a chemical that is responsible for maintaining mood balance, and that a deficit of serotonin leads to depression.[4]

In short serotonin acts as a “control” in our mood. 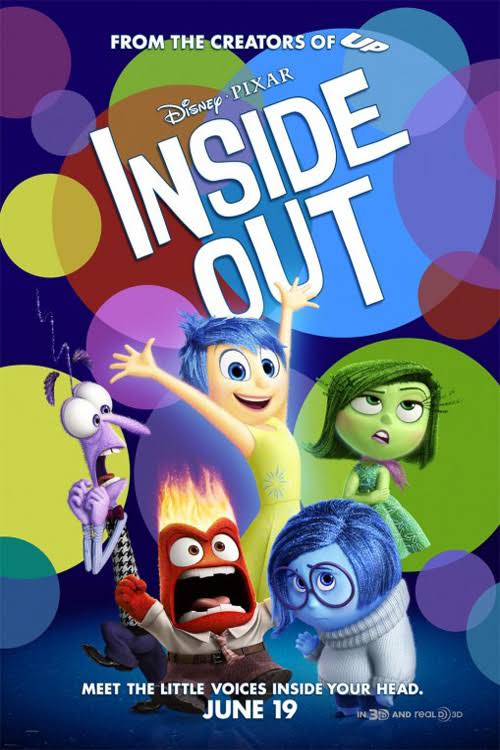 (C) Disney. It makes me thing that Joy is the serotonin in our brains. Without her Sadness (depression) will dominate, so as other non joyful moods.

Depression is triggered by unwanted events (loss of a job or relationship, etc) and certain people are more prone to be more depressed than others.

But can just we say to depressed people be more positive or everything will be okay?

Not necessarily. In fact, there is a Scientific American article that the human brain can also cause depression in some people.

Over nine years of sorting through countless brain images, Jerome J. Maller of Monash University and Alfred Hospital in Melbourne noticed a particular type of brain abnormality that seemed to show up more often in depressed patients. Their occipital lobes were often wrapped around each other.[6]

As we know occipital lobe deals with eyesight, but this study correlates more intertwined occipital lobes of the brain with depression.

Maller and his colleagues investigated further and found that depressed patients are indeed three times as likely to have wraparound lobes. Occipital bending occurred in 35.3 percent of the depressed patients and 12.5 percent of the control subjects, according to their paper, published in Brain. The effect was even more pronounced in women: 45.8 percent of female patients with major depressive disorder exhibited occipital bending versus only 5.9 percent of women without depression, possibly because women’s brains fit more snugly in their skulls than men’s do.[6]

Image courtesy of psychlopedia.wikispaces.com. The red marked area of the brain is the occipital lobe.

Maller suggests the lobes may wrap around each other when space for brain growth becomes constricted, perhaps because the brain is not doing enough neural pruning—the process by which the brain gets rid of neurons that are no longer needed. Indeed, many other studies have found that depressed brains are hyperconnected. Maller does not know if the finding will have clinical implications beyond helping to diagnose depression, but experts hope that this avenue of research will eventually lead to a deeper understanding of the disorder.[6]

Image courtesy of upload.wikimedia.org. The red marked areas are the two occipital lobes. If they are more wrapped together, they will cause a person to be more depressed.

By this study, I can say that depression has a neurological basis and may be included in neurodiversity. Maybe we can begin to see depression and other mood disorders in a different light that they are not just human character flaws or emotions.