Last time, I discussed the overview of the other neurodiverse conditions. These disorders may or may not beconsidered part of it, though spke people may argue.

Below are the other diseases and condtions that are to be considered as part of the neurodiversity continuum:

Schizophrenia and schizoaffective disorder have been discussed in my previous post. Now, let’s continue with the other neurodevelopmental conditions that can be considered to be part of the neurodiversity continuum. Here they go:

Parkinson’s disease (PD) is a degenerative disease of the central nervous system where dopamine-generating cells in the midbrain die. It is characterized by shaking, rigidity, slowness of movement, difficulty walking, and in the later stages, dementia and depression.[3] It’s cause remains unknown, though genetics and environment may play a role. Parkinson’s is inheritable. About 15 to 25 percent of people with Parkinson’s report having a relative with the disease.[4] Certain gene mutations can also contribute to Parkinson’s disease like PINK1, LRRK2, DJ-1, and glucocerebrosidase, among others.[4]

Some scientists have suggested that Parkinson’s disease may result from exposure to an environmental toxin or injury. Epidemiological research has identified several factors that may be linked to Parkinson’s, including rural living, well water, manganese and pesticides.[4]

The symptoms of Parkinson’s disease are summarized above. They include tremors, bradykinesia or slow movement, and muscle rigidity. As the disease progresses, dementia and depression occur.

There is no cure for Parkinson’s disease, but medications, surgery and multidisciplinary management can provide relief from the symptoms. The main families of drugs useful for treating motor symptoms are levodopa, dopamine agonists (bromocriptine, pergolide), and MAO-B inhibitors (selegiline and rasagiline).[3][5]

Surgery can be done too. There are two surgeries available for Parkinson’s: lesional and deep brain stimulation (DBS).[3] DBS involves the implantation of a medical device called a brain pacemaker, which sends electrical impulses to specific parts of the brain. DBS is recommended for people who have PD with motor fluctuations and tremor inadequately controlled by medication, or to those who are intolerant to medication, as long as they do not have severe neuropsychiatric problems.[3][6]

Rehabilitation is done too. This is to improve speech or mobility problems.[3] Regular physical exercise with or without physiotherapy can be beneficial to maintain and improve mobility, flexibility, strength, gait speed, and quality of life.[3][7] However, when an exercise program is performed under the supervision of a physiotherapist, there are more improvements in motor symptoms, mental and emotional functions, daily living activities, and quality of life compared to a self-supervised exercise program at home.[3][8]

Even though there is no cure for Parkinson’s disease, management to improve quality of life is advocated. Public figures with PD have in fact led their lives fully despite their condition. Examples of people with PD include:

Can Parkinson’s disease be part of the Neurodiversity continuum?

Parkinson’s can have similarities with dyspraxia because of the symptoms, but I think that PD is not a part of the neurodiversity continuum. It’s more of a degenerative disease because of its later onset.

Cicardian rhythm sleep disorders (CRSD or CRD) are a family of sleep disorders affecting, among other things, the timing of sleep. People with circadian rhythm sleep disorders are unable to sleep and wake at the times required for normal work, school, and social needs. They are generally able to get enough sleep if allowed to sleep and wake at the times dictated by their body clocks. Unless they also have another sleep disorder, the quality of their sleep is usually normal.[15] CRSDs disruptions in a person’s circadian rhythm—a name given to the “internal body clock” that regulates the (approximately) 24-hour cycle of biological processes in animals and plants.[16] The disruption results from either a malfunction in the “internal body clock” or a mismatch between the “internal body clock” and the external environment regarding the timing and duration of sleep. As a result of the circadian mismatch, individuals with these disorders usually complain of insomnia at certain times and excessive sleepiness at other times of the day, resulting in work, school, or social impairment.[16]

CRSD has many types. These include the following[16]:

Delayed Sleep Phase Disorder – also known as night owl, is a sleep disorder that is characterized by sleeping late at night and waking up late in the morning.
Advanced Sleep Phase Disorder – also known as morning lark, is characterized by sleeping in the early evenkng and waking up early in the morning.
Jet Lag – results from a conflict between the pattern of sleep and wakefulness between the internal biological clock and that of a new time zone.
Shift Work Disorder – affects people who frequently rotate shifts or work at night. Work schedules conflicts with the body’s natural circadian rhythm and some individuals have difficulty adjusting to the change. Shift work disorder is identified by a constant or recurrent pattern of sleep interruption that results in insomnia or excessive sleepiness.
Narcolepsy – is excessive sleeping in the daytime.

Disruptions of one or more of these factors can lead to a circadian rhythm sleep disorder.[17] Diseases in the pineal gland (which regulates sleep) also cause CRSD.

Management includes therapies that suits an individual’s sleep pattern into a schedule that allows him or her to meet the demands of their lifestyle[18]. These are
proper sleep hygiene techniques and external stimulus therapy, such as bright light therapy or chronotherapy. Chronotherapy is a behavioral technique in which the bedtime is gradually and systematically adjusted until a desired bedtime is achieved. Bright light therapy is designed to reset a persons circadian rhythm to a desired pattern. When combined, these therapies may produce significant results in people with circadian rhythm disorders.[18] Melatonin is sometimes used to help prevent jet lag.[18]

Can CRSD be part of neurodiversity?

Some people think this should be part of neurodiversity because it is ‘inborn’ as they say. Yes. I agree. Some of our folks really are morning persons (diurnal). Others are night owls (nocturnal). We, after all, animals (highest form); some are diurnal, some nocturnal. Maybe I could consider Cicardian rhythm disorder as part of neurodiversity.

Developmental speech disorder – also known as developmental verbal disorder (DVD) or childhood apraxia of speech (CAS) is a neurodevelopmental disorder characterized by problems saying sounds, syllables, and words. This is not because of muscle weakness or paralysis. The brain has problems planning to move the body parts (e.g., lips, jaw, tongue) needed for speech. The child knows what he or she wants to say, but his/her brain has difficulty coordinating the muscle movements necessary to say those words.[19] The exact cause of this disorder is unknown.[20][21]

There is no cure for DVD, but with appropriate, intensive intervention, people with this motor speech disorder can improve significantly.[20][22] A diagnosis is usually made by a speech language pathologist (SLP) through specific exams that measure oral mechanisms of speech.[20] Treatment
involves one-on-one therapy with a speech language pathologist (SLP).[20][23] In children with DVD/CAS, consistency is a key element in treatment. Consistency in the form of communication, as well as the development and use of oral communication are extremely important in aiding a child’s speech learning process.[20] Other modes of communication using sign language, pictures, tactile cues, visual prompts, and Augmentative and Alternative Communication (AAC) can be helpful.[20][22]

Can this be part of Neurodiversity?

Yes. Since DVD/CAS is developmental, I can consider this as part of the neurodiversity continuum. However, I think DVD/CAS is co-existing with other neurdiversity conditions like high-functioning autism amd dyspraxia, that’s why maybe spme may not include DVD/CAS in the continuum becuase it is embedded with other conditions. 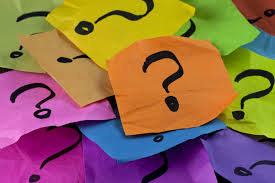 Thinking out what should I say. That’s the common question of people with DVD/CAS and dysnomia.

Dysnomia – also known as anomic aphasia, nominal aphasia, and amnesic aphasia, is a disorder which causes problems with recalling words or names. Anomia is a deficit of expressive language.[24] Here, a person affected is speaking in a roundabout way) in order to avoid a name they cannot recall or to express a certain word they cannot remember. Sometimes the subject can recall the name when given clues. In addition, patients are able to speak with correct grammar; the main problem is finding the appropriate word to identify an object or person.[24] This condition is common among multilingual people where they might confuse the language they are speaking in trying to find the right word.[24]

Anomia is caused by damage to various parts of the parietal lobe or the temporal lobe of the brain. This damage can be caused by a congenital condition or a brain trauma, such as an accident, stroke, or tumor.[24]

Diagnosing dysnomia includes hearing test[24][25], verbal as well as imaging tests. The combination of the two tests seem to be most effective, since either test done alone may give false positives or false negatives.[24]

Management of dysnomia include neuropsychological and speech-language pathology tests to diagnose the condition.[26] The treatment includes visual aids, such as pictures, and the patient is asked to identify the object or activity.[24] Positive feedback is also encouraged, and individual and family support as well.

Can this be included in neurodiversity?

It may be included, if it is developmental, but dysnomia is found also in the multilingual, stroke patients, and people with head injuries also. Maybe it’s not really part of neurodiversity.

I think this entry is long enough. Next time, the remaining conditions, bipolar disorder, obsessive compulsive disorder, and depression, will be discussed.