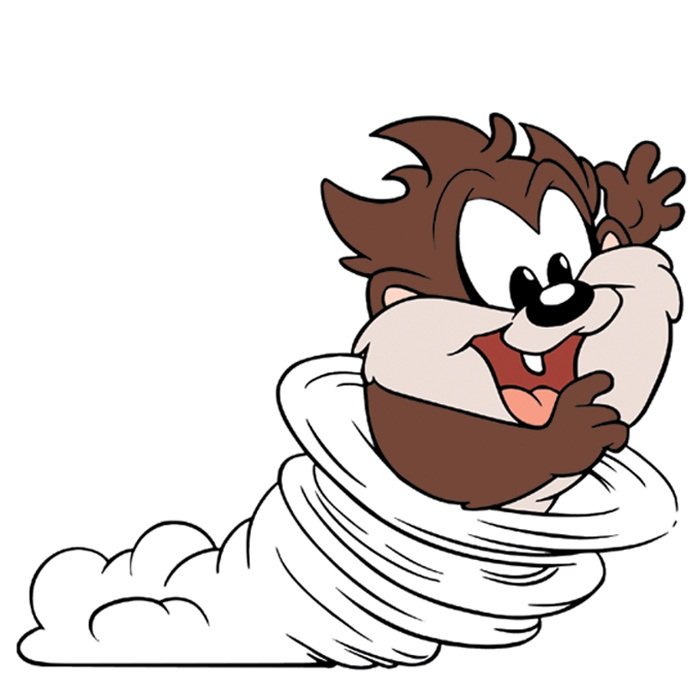 Some people are born hyperactive – they cannot live by staying still in a corner. They love to wiggle around, running and strolling in the open space, and seem not to shut their mouths. They seem to get into trouble. They are like Taz as shown above. Others may be quiet, but daydream all the time and seem not to have attention when being called. Sometimes, there are people who are both hyperactive and inattentive. For teachers and bosses alike, they are called rascals and thus are subject to suspension and even expulsion from school or work. Maybe these poeple are lazy or snobbish. But unfortunately, not all of them are lazy or snobbish. Actually, they are born wih it and comes naturally as part of themselves. This condition they possess is called attention deficit hyperactivity disorder or more known as ADHD.

ADHD or hyperkinetic disorder is is a problem of not being able to focus, being overactive, not being able control behavior, or a combination of these. For these problems to be diagnosed as ADHD, they must be out of the normal range for a person’s age and development.[1] They usually begin between ages 6 and 12 and must persist for a period of 6 months or more to present this diagnosis.[2][3][4] A person with ADHD usually has problems in his or her academic, social, and work life.[4]

How common is ADHD?

ADHD is said to affect 6-7% of children when diagnosed via the Diagnostic and Statistical Manual of Mental Disorders IV (DSM-IV)[4][5] and between 2–5% of adults have the condition.[4][6] About 30-60% of children with ADHD continue to have symptoms until adolescence and adulthood.[4][7]
ADHD affects males 3 times more than females.[4][8][9]

ADHD has no known cause yet, but there are factors that may contribute to have ADHD. These include:

What are the signs and symptoms of ADHD?

ADHD has a number of symptoms :

As the child grows into an adult, the symptoms may tone down a bit, but the inattentiveness and impulsivity may still persist.

Predominantly Inattentive Presentation: It is hard for the individual to organize or finish a task, to pay attention to details, or to follow instructions or conversations. The person is easily distracted or forgets details of daily routines.[11]

Predominantly Hyperactive-Impulsive Presentation: The person fidgets and talks a lot. It is hard to sit still for long (e.g., for a meal or while doing homework). Smaller children may run, jump or climb constantly. The individual feels restless and has trouble with impulsivity. Someone who is impulsive may interrupt others a lot, grab things from people, or speak at inappropriate times. It is hard for the person to wait their turn or listen to directions. A person with impulsiveness may have more accidents and injuries than others.[11]

Combined Presentation: Symptoms of the above two types are equally present in the person.[11]

How it is diagnosed?

A psychiatrist or developmental pediatrician may diagnose an adult or child has possible ADHD through assessment of a person’s childhood behavioral and mental development, including ruling out the effects of drugs, medications and other medical or psychiatric problems as explanations for the symptoms.[4][12] A diagnostic checklist, such as found in the DSM-IV or DSM-V or International Statistical Classification of Diseases and Related Health Problems-10 (ICD-10) is made to base if the symptoms interfere with the child’s or adult’s life.[4]

How is ADHD treated?

There is no single treatment for ADHD. A combination of therapy, medication, and individualized classes or workshops are done to manage symptoms of ADHD. Psychological therapies used include: psychoeducational input, behavior therapy, cognitive behavioral therapy (CBT), interpersonal psychotherapy, family therapy, school-based interventions, social skills training, parent management training,[12] and neurofeedback.[13] Stimulant medications are the pharmaceutical treatment of choice[14] like methylphenidate[4]; however, stimulants have the potential for abuse and dependence.[15] To avoid dependence, non-stimulant medications, such as atomoxetine, bupropion, guanfacine, and clonidine that may be used as alternatives.[14]

What is the prognosis of ADHD?

A person with ADHD can succeed in life with treatment and management. Approximately half of ADHD children seem to “outgrow” the disorder in adolescence or early adulthood; the other half will retain some or all symptoms of ADHD as adults. With early identification and intervention, careful compliance with a treatment program, and a supportive and nurturing home and school environment, ADHD children can flourish socially and academically.[16]

If ADHD is not addressed, what will happen?

If ADHD is not identified, complications may arise to the person having it. These complications can begin with troubles in the classroom, but can also include a likelihood of accidents and injuries, trouble interacting with peers, and a disposition to alcohol or drug use.[17] It can also cause unstable relationships and financial stress.[18]

Can ADHD co-exist with other conditions?

Yes. People with ADHD are much more likely to experience a number of other nervous system disorders.[19] These may include:

Are there famous people with ADHD?

Yes and yes. A lot of personalities have diagnosed or suspected ADHD. Here they are:

People with ADHD have brains different from the neurotypical (non-ADHD) brain as shown in this scan. 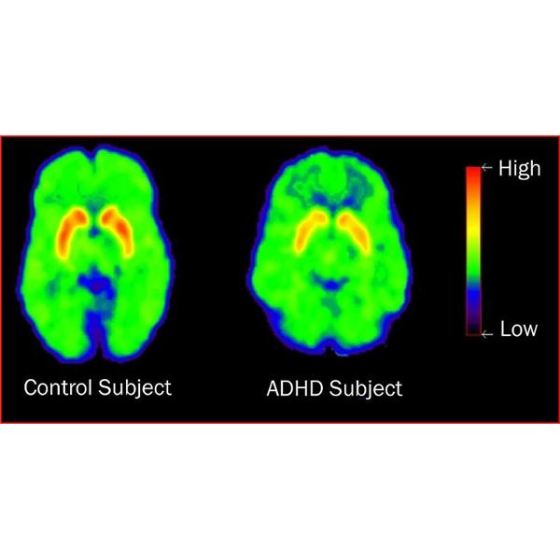 Comparison of a neurotypical brain with ADHD brain.[21]

Here, the ADHD brain has a smaller prefrontal lobe, which is the part of the brain responsible for planning, reasoning, and problem solving (what is known as executive functions). It’s generally about 10% smaller. The smaller right frontal lobe may be a cause of inattentive behavior in ADHD since it’s generally considered that the right side of the brain is involved in the attention process. Impulsivity and stimulus processing are also believed to be modulated there. An excessive amount of grey matter in the inferior parietal cortices has been noted in ADHD individuals as well. [21]

A bigger representation of ADHD brain is pictured below.

So, brain structure causes ADHD. But that doesnt necessarily mean abnormality. It may be just variation in human brain…

ADHD is only one of the conditions under the umbrella of Neurodiversity. More conditions will be discussed next time.