As stated in my Tourette Syndrome (TS) article, this disorder involves involuntary tics and tremors and coprolalia (repetitive involuntary statements of curse/obscene words). This has no exact cure, but can be managed or outgrown. Some who have TS do even advocate that this condition is part of neurodiversity and needs not to be judged. But how TS was evolved? Could this be part of a ‘different’ set of nervous system? Did it have an evolutionary purpose like of ADHD and autism?

Being one of the most misunderstood disorders, people affected by Tourette Syndrome are often discriminated. They arecoften mistaken as being ‘possessed,’ as vulgar persons, or being called crazy by those who are unaware of this syndrome. But fortunately, they do have an advantage over us when it comes to time[1].

According to Carmelo Vicario and colleagues, children with TS have superior timing abilities compared with their healthy age-matched peers. In their study, children with TS were tested against neurotypical (NT) children on timing perception and timing production. Here, both groups judging whether two circles were on screen for the same length of time or not for time perception. As for timing production, noting the time that a circle appeared on-screen and then pressing the space key on a key board for the same duration. The results were like this: the both the TS and NT children did not differ on scores of both tests, but the TS children were more accurate at the longer ‘supra-second’ version of the timing production task.[1][2] 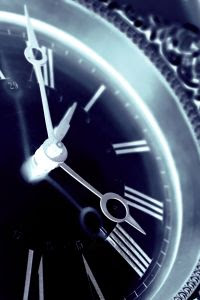 This research indicated that people with TS do have some advantages over other people when it comes to timing. I do not know how it came to be, but I think it’s because people with TS are more aware of their tic sequence and timing.

The researchers said the patients’ superior performance at the task “may reflect a compensatory change in which the chronic suppression of tics results in a generalised suppression of reflexive behaviour in favour of increased cognitive control”[3][4].

That’s good news. Hope there will be more studies about advantages of having Tourette Syndrome.