Disclaimer: the following blog contains my own opinion as well as some opinions from my researches.

Recently, I read an article about the comparison of the United States and France in dealing with ADHD.[1] For the Americans, more children are diagnosed and quickly medicated to control the symptoms. In France, on the other hand, don’t medicate kids with ADHD (or hyperkinetic syndrome). Instead, they use only psychotherapies and special education. They don’t attribute ADHD to neurotransmitter (brain chemical) imbalances. Instead, French psychologists propose psychosocial causes of ADHD.

I began to think whether ADHD is a social construct or a psychological condition.

How that can be? ADHD is a brain condition, right?

Yes, ADHD is not really a disease. I wrote about ADHD’s occurrence in evolution (click my article on ADHD and evolution here) and thought that condition is suited to the nomadic prehistoric world. Since we now live in an information-technology age relying on prolonged sitting type of education and employment, ADHD characteristics are considered burdensome or not suited to the classroom or the workplace; hence, people with ADHD are automatically given medications in order to control the symptoms.

Image courtesy of acautiousdisplay.wordpress.com. Medications to control symptoms are given to kids with ADHD.

Unfortunately, too much medication has its side effects, particularly stimulants (Ritalin, Concerta), and these are not good for children. They can be drug dependent later on in their lives. Remember that stimulants make the brain awake (like when you’re drinking coffee, it can awake you). Common side effects of ADHD meds (I just shortcut medications to meds for short) include low appetite, stomach pain, or sleep problems[2], and more serious but not so common side effects are heart problems, such as chest pain, liver problems, or suicidal thoughts.[2]

Not so good. Controlling ADHD symptoms can be good for teachers and employers (I’m totally can relate to this, though…) but not for the person with ADHD. Yes, his symptoms controlled, but his liver and brain jeopardized.

Now, I am thinking maybe ADHD is a constructed psychological disorder not accepted in 21st century environments.

There is a theory about ADHD as a social construct[3] and was “invented and not discovered”[3][4][5] said by Thomas Szasz, the proponent of ADHD social construct theory.

A common argument against the medical model of ADHD asserts that while the traits that define ADHD exist and may be measurable, they lie within the spectrum of normal healthy human behaviour and are not dysfunctional. However, by definition, in order to diagnose with a mental disorder, symptoms must be interpreted as causing a person distress / especially maladaptive.[3] According to DSM, the diagnosis of ADHD is made when  “there must be clear evidence of significant impairment in social, school, or work functioning.”[3][6] In this view, in societies where passivity and order are highly valued, those on the active end of the active-passive spectrum may be seen as ‘problems’. Medically defining their behaviour (by giving labels such as ADHD and ADD) serves the purpose of removing blame from those ‘causing the problem’.[3]

This means ADHD is “invented” to lessen the stigma of people/children who cannot follow the “passivity and order” norm. They are instead given such diagnosis.

In the ADHD Social Construct Theory the idea is that ADD (Attention Deficit Disorder) and ADHD (Attention Deficit Hyperactivity Disorder) are generally speaking, not biological or psychiatric disorders, but can be better explained by environmental causes or even the personality type of the person. For example an ADD person can be introvert, while the hyperactive person is an extrovert.[7]

Accordingly, the observed behaviors are not abnormal, but normal behavior for a part of the human race. However the extreme overreactions are caused by environmental factors. Factors include cramped living conditions with inadequate play space[7], whole day classroom setup with the increased educational burden being expected from children (i.e. being able to be intelligent in all subjects while sitting for 5 hours or more, multiple intelligences, etc). Here, if a child isn’t interested to learn and becomes disruptive, he will be diagnosed right away with ADHD and will be put on medication.

Here’s an example on how ADHD Social Construct Theory is illustrated[7]:

As an example: a young child sitting quiet and still for three quarters of an hour at a time, listening to something they are told to learn, but which they do not find interesting, is an unnatural behavior. This a new phenomenon in human history.

I see. Any person uninterested in a particular topic will be bored to death and will find ways to distract himself from it. But that’s school. 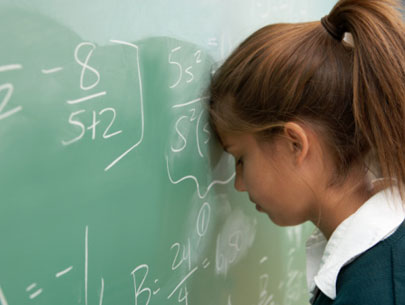 Image courtesy of ellabastone.wordpress.com. Does lack of interest and disruption are automatically diagnosed as ADHD?

According to the blog Social Deviance 360, “ADHD seems to have become the catch all phrase for disruptive children.”[8] Accordingly, any very active (and disruptive) child is automatically diagnosed with ADHD. Also, like the previous explanation above, the classroom setting is a “landmine” where ADHD symptoms are apparent. Let’s quote from Social Deviance 360 blog[8]:

The school system is in itself a social construction, one that was “designed, conceived and structured for a different age” during “the intellectual culture of the enlightenment and in the economic circumstances of the industrial revolution (Robinson).” The context of this unnecessary emphasis on adherence to strict behavioral conformity, concepts of behavioral conformity which are created by us, make these behaviors deviant. These inattentive, hyperactive behaviors are mostly noticed in the classroom, during an era that is the most stimulating in history (Robinson). There are constant pulls for attention from video games, computers, movies, sports, and advertising, while academia is a largely unexciting endeavor for most children. Outside of school, the majority of the “symptoms” of ADHD are barely visible. There is no biological requirement for how children should behave. Age is a convenient frame of reference but it is a social construction, which creates problems when society attaches real value to it. The assumptions about how children should act, based on their age, are too narrowly defined by society to account for variations in child development, and children’s personalities, as is made apparent by the current ADHD “epidemic.”

Yes. The author has a point.

The workplace (specifically office setup) has also the same features as the classroom. Long sitting hours, listening to many, long tasks required by superiors, and conformity also. But what if the employee becomes bored also? Then the employer will require him to be diagnosed with ADHD and drugged. Some critics of the ADHD diagnosis will be mad over that decision, as it will only “control” the person’s boredom just to comply with his employer. Lucky if he continues to work. But in some cases like mine where I was forced to leave or resign, that’s totally unfair.

On the other hand, I also find the ADHD diagnosis valid too. That’s because I believe that ADHD is a neurological variation, not a psychiatric/neurological disorder or social construct whatsoever. The problem here is that the modern world is unfriendly to the ADHD brain, but ADHD brain is here as a catalyst for evolution as with the rest of neurodiversity.

Maybe the French are right. We really don’t need medicating brains too much to control the symptoms. Yet, the ADHD diagnosis is right too. What we need to do is find the right education and employment choices and strategies for all ADHD folks in all walks of life and not just forcing them to follow rules against their will.

But to think ADHD is a social construct, I don’t think so. But I really don’t know if it is.